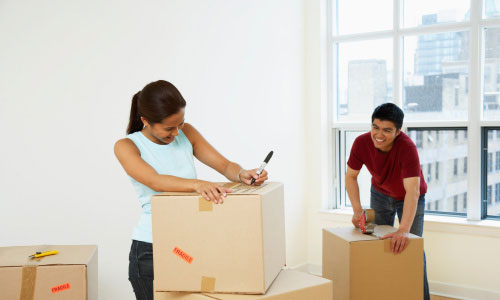 Moving can be an unnerving task for few especially if you’re moving for the first time. There are tons of mixed feelings which one goes through- excitement of moving to a new place and at the same time grieving over the loved ones whom you’ll leave behind. But nonetheless, moving is an important aspect of everybody’s life and one must embrace it wholeheartedly. For better opportunities and living conditions, people often tend to shift to new cities. Same is the case with people who nowadays often tend to move to Pune.

Pune, the second largest state of Maharashtra with an estimated population of 3.13 million has become a center for various industries. With better education, jobs and living conditions, it is emerging to be one of the hot destinations for bright youth of today’s India.

This city has a rich cultural heritage with civilizations thriving here from as early as 858 AD. The city was a major political center under the Maratha Empire. Amalgamation of both old age traditions along with modern day culture makes this city worth living in.

So, before you hire Leading Movers in Pune here are a few reasons why millennial who come here fall in love with this city.

Pune is widely known as Oxford of the east because of its top class schools and universities.  There are several reputed schools such as St Helena’s School, Bishop’s School, Symbiosis International School, Loyola High School, and various pre-schools with top-class facilities and trained faculty members. A vast number of reputed colleges such as Symbiosis College, Ferguson College, BMCC and many others that offer various different courses in all fields often attract the younger bright minds from all over India.

Pleasant weather all year round

Lying on the western margin of Deccan Plateau that too at the foothills of the Sahyadri Mountains, this city has the best weather than all the other places you’ve been to. It’s neither hot as south or cold as north. Humidity levels are bearable and frequent rains and greenery keeps this area cool.

Weekend gateways for a break from monotonous life

If your mental health is taking a toll because of the workload you could always escape to nearby hill stations. Also, a few hours’ drive to Goa and proximity from Mahabaleshwar and Lonavala makes this city the best destination for nature lovers and travellers.

The city is well connected by road, rail and just four hours’ drive from the airport.

Yummy foods at a reasonable price

Being a pot of different cultures this city has various delicious cuisines to brighten up your taste buds. From famous misaal pav to the best of beef burgers and mastanis the city has various authentic dishes, enough to fill your stomach 24 hours a hours. This city is also well known for its nightlife. There are various clubs, lounges bars that will keep your mood going throughout the whole week.

Hire best packers and movers and successfully relocate to this city

There are various perks attached apart from the above points. Believe me, moving to this city will be the wisest decision that you’ll ever make in your life. So, to move to this city, hire the Best packers and movers Pune from platforms such as LogisticMart or Sulekha. Such platforms assist you to get free quotes and help you to save both money and time.

Pune is a city where people tend to welcome you with both arms wide open. So, enjoy your stay at this amazing city and have a happy life ahead.

Leave Comments | Like (1)
Ask to Logistics ExpertsWe will offer you excellent support until you are totally satisfied. Best of all, Logisticmart.com helps you to spread your business network and reach to potential clients like never before!
Recently Blogs